From narrative to cinematography

On the occasion of the 19th edition of Giornate degli Autori, SIAE renews its commitment to promoting the talent of Italian filmmakers past and present by means of its awards for creativity that leaves its mark and inspires the cinema of the future. This year its two prizes go to filmmakers who address social issues and the narrative of reality, crafting the scripts and designing the lighting of our cinema.

The SIAE Lifetime Achievement Award goes to Gianni Amelio in 2022, following in the footsteps of Citto Maselli and Stefano Sollima in 2021. The Creative Talent Award, bestowed on Elisa Fuksas and Francesco Lettieri last year, goes to Daniele Ciprì in 2022.

Gianni Amelio, whose film The Lord of the Ants is in the running for the Golden Lion at Venice this year, is a filmmaker with a uniquely personal perspective, one who has carried on the grand neo-realist tradition, transforming it into a narrative of Italy straddling the late 20st and early 21st centuries. A regular at the Venice Film Festival since 1982, when he presented his first feature, Colpire al cuore, just a few years later his film Porte aperte was in the running to represent Italy at the Academy Awards, and his Il ladro di bambini won the Grand Jury Prize at Cannes.

This was just the start of a career that was a string of box-office hits, awards and works that are now modern classics. As the Italian Society of Authors and Publishers explains in the following statement: “Gianni Amelio learned the craft of cinema through television. He perfected his art by enriching the big screen with literature and philosophy, while addressing devastating plagues on society such as terrorism and sparking debate on important themes like disability. With this award, alongside Amelio we commemorate great artists of the likes of Gian Maria Volonté and Leonardo Sciascia, Giuseppe Pontiggia and Ermanno Rea, and we ask Amelio to continue the crucial search for the courage that distinguishes his characters and so closely resembles Italy today and Italy tomorrow.”

Together with a figure so key to the Italian film tradition, this year SIAE honors Daniele Ciprì, who become famous for his skill in using light to tell stories. Ciprì’s oeuvre reflects his passion for technique, brought to bear on the art of film; his ability to direct his own stories and define the aesthetics of films by others; and the ease he displays in taking on the aesthetics of different generations, from Marco Bellocchio and Roberta Torre to Ascanio Celestini and Claudio Giovannesi. Daniele Ciprì will be in Venice to pick up the award that SIAE is bestowing on him, and for the occasion he’ll be introducing his latest film, La fornace.

SIAE has released the following statement: “Daniele Ciprì represents filmmaking expertise as applied to ingenuity, and the creative spirit supported by practice. A cinematographer who realizes filmmakers’ fantasies, Ciprì is a filmmaker uses his own social conscience to tell us who we are. The Creative Talent Award goes to Ciprì in order to encourage him to continue to regale us with stories of his own land, our vices, and how to live with them.” 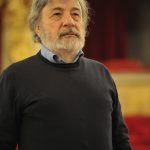