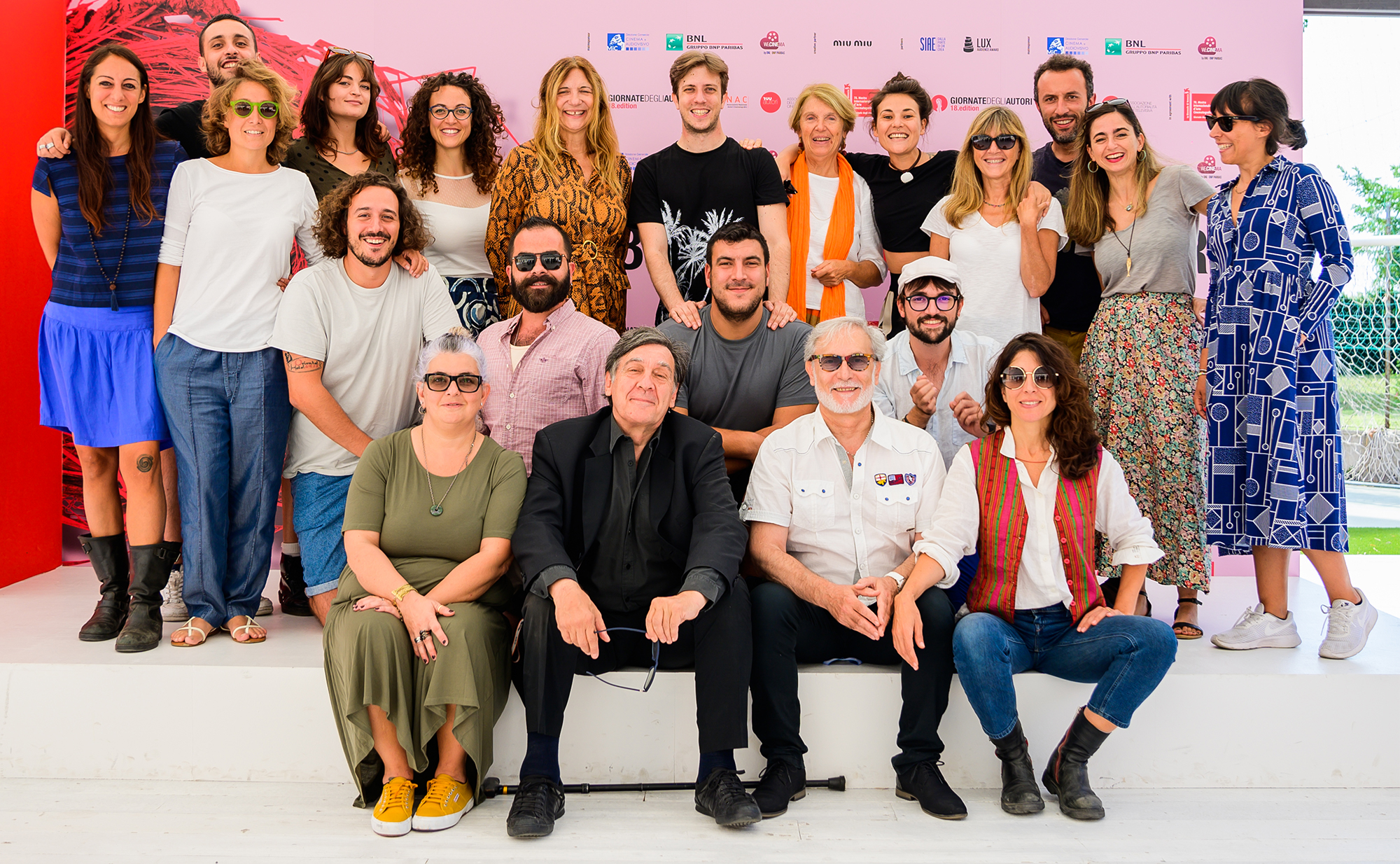 Giornate degli Autori were born in 2004, as an independent sidebar of the Venice Film Festival, modeled on the prestigious ‘Directors’ Fortnight’ of the Cannes Festival and promoted by the associations of Italian film directors and authors (ANAC and 100autori).
The aim of the event is to draw attention to high quality cinema, without any kind of restriction, with special care for innovation, research, originality and independence. These are all features of the 10 films selected as well as being reflected in the special events held during the Days in the Casa degli Autori.

Ever since the first edition, the Days have come to represent a real alternative to the Festival’s official areas and an ideal and informal place for authors, producers, distributors and journalists to meet and discuss their ideas in an informal environment.

The 10 films selected from all over the world, in addition to other events and any special screenings, are screened in the theatres provided by the Venice Film Festival.

The Official Awards of Giornate degli Autori are:

* the Giornate degli Autori Award, given by the Official Jury of Giornate degli Autori, headed by a filmmaker and composed by the participants to the program 27 Times Cinema of the European Parliament. The award consists is accompanied by a cash prize of €20,000, to be split equally between the filmmaker and the film’s international distributor, who agrees to use the sum received to promote the winning film internationally.
* the People’s Choice Award for the films of the Official Selection.
* the Label Europa Cinemas, dedicated to films produced and co-produced in Europe. The Label was created by a network of high-calibre European exhibitors, with the support of the EU’s MEDIA Programme. It consists of a financial contribution towards distribution and promotion, as well as a guarantee for the winning film that it will be shown in the cinemas belonging to the network.

All the films participating to the Days are also in competition for the parallel awards, with a ceremony due to take place on the last day of the Festival.

First films are eligible for the “Luigi De Laurentiis Award Lion of the Future”, granting 100.000 USD.

The event is organized by Associazione culturale Giornate degli Autori, a non-profit organization with VAT number 08079171008 and headquarters in Via Santa Croce in Gerusalemme 107 (Rome).

* One of the most popular events of the Festival (Il Sole 24 Ore)
* A more human approach, which tends to encourage exchanges between filmmakers and audiences (Le Monde)
* Giornate degli Autori have been remarked for the quality of their film selection (Le Film Français)
* The new sidebar marks a bold move for the Lido (Variety)
* In another sign of change, the Venice festival will boast its own Directors’ Fortnight section (Screen)

They say about us