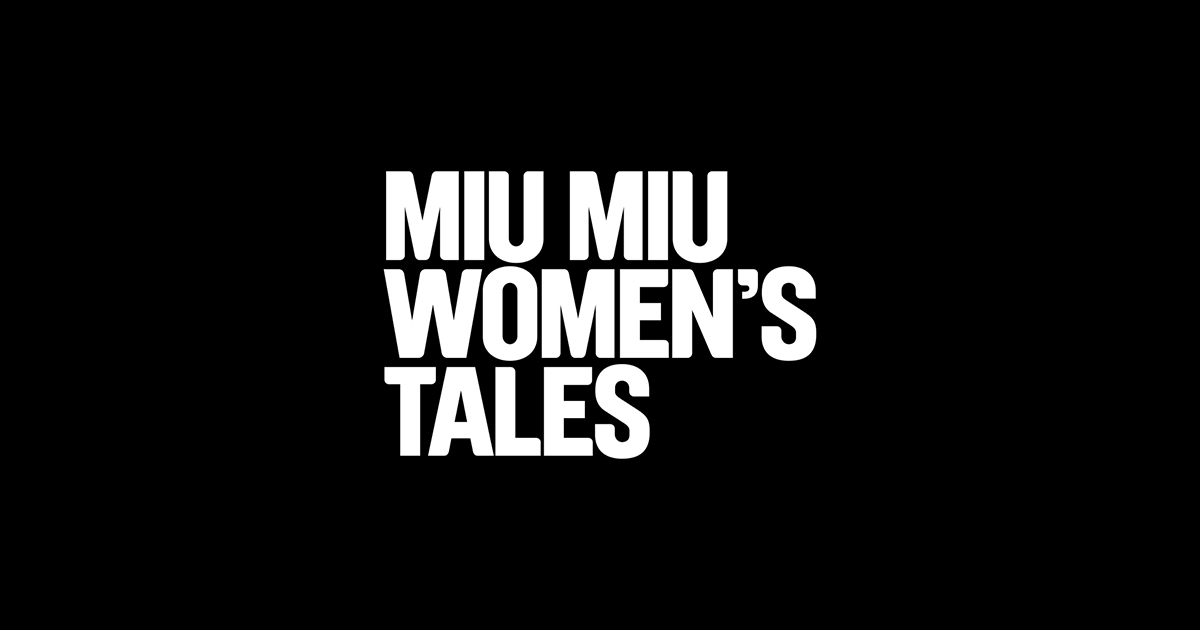 Miu Miu and Giornate degli Autori began their journey together in 2012, when the first four short films in the Women’s Tales collection were screened in one sitting at the Venice Film Festival, one year after the project got underway. Every year since then, two new works crafted in total creative freedom, by women filmmakers of the caliber of Ava DuVernay, Miranda July, Agnès Varda, Naomi Kawase, Dakota Fanning, Lynn Ramsey, Haifaa Al-Mansour, and Mati Diop, as well as Italy’s own Giada Colagrande and Alice Rohrwacher, have lit up the Lido’s screen. Janicza Bravo and Carla Simón are the artistic duo this year.

Yet what really sets this project apart is not only its showcase of film premieres that, over the years, have grown into a collection of absolute prestige. It’s the two days of talks rounding out the screenings, with outstanding artists and other creatives joining Miu Miu and Giornate from around the world to demonstrate the marvelous diversity of a woman’s gaze. The A-list of personalities alongside the two women of the year includes Liliana Cavani, Susanne Bier, Juno Temple, Crystal Moselle, Tessa Thompson, Sia, Sarah Gadon and Vanessa Kirby – all in all, over seventy remarkable female players in the arts have dialogued with the famous editor-in-chief of Gentlewoman, Penny Martin, on the subject of “women’s tales”. This year, as well, the Veneto Region and Film Commission space at the Hotel Excelsior will serve as the prime venue for the talks, thanks to a collaboration with Giornate that extends to the Italian Pavilion and the Ente dello Spettacolo space as well.